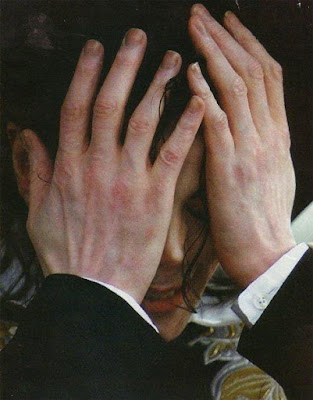 Throughout his life; Michael Jackson has suffered the worst defamation and slander of any person in the public eye. Despite being a legendary entertainer and humanitarian who broke records, Michael has and continues to be "fair game" for those who seek only to distort the truth about the man behind the superstar.

From the early days of rumours about his sexuality, sleeping in an oxygen chamber to downright vicious claims of improper behaviour with children, Michael continues to be a victim who is denied the justice he so rightly deserves.

Michael was put on this earth to make a difference to people's lives. His humanitarian efforts are many yet are rarely talked about. Rather than talk about the fact he absolutely "made that change", the vultures still prefer to portray him as a drug-addicted "freak" who abused children. And yet every single one of these claims are completely unfounded.

The greatest injustice of all is the fact that Michael is still not allowed to rest. Day after day, more salacious stories about him are spat out by the media. Another "author" comes forward with a "tell all" book. Documentaries are aired with the sole intention to defame and slander an innocent man who lived his life the best way he could, with the cards dealt to him.

At the end of the day, Michael Jackson was just like any other human being. He had his faults like the rest of us. And the fact that he had those faults does not make him any less of a human being. Forget what you see in the superstar Forget what you read in the media. Look at the man and see the pain he has suffered for simply being who he is.  No human being should have to go through what he went through. And no human being should be denied the right to rest in peace. He left us with a beautiful legacy - a legacy that should remain intact for generations to come. He deserves to be remembered for that. He deserves respect. He deserves justice. He deserves to be seen as human.

Fight for Michael's legacy - because he's no longer here to fight for it himself!