The real Michael Jackson the media don't want you to see.

In their hunt for salacious stories about Michael Jackson; the media seldom report the facts about who Michael REALLY was. Preferring to call him a "monster" who "preyed on children"; they rarely talk about the wonderful things Michael did throughout his life, to help children.

Well here's but a small snap shot of what Michael did to change lives. Do these selfless acts sound like the actions of a "monster" to you? 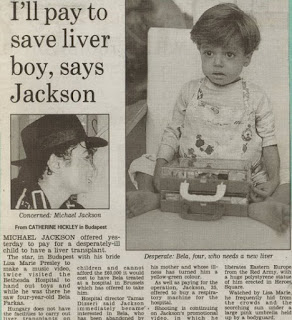 Bela Farkas; the little boy whom Michael met during a visit to the Bethesda Hospital in Budapest. Bela would have died had Michael not paid for a liver transplant for the youngster. 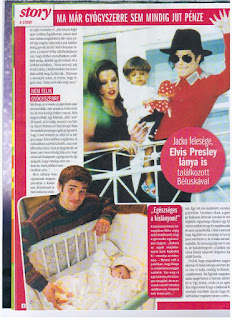 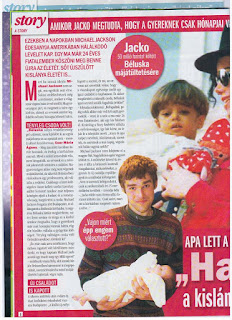 Years later; Bela is now a healthy young man; having become a father to a daughter, several years ago. 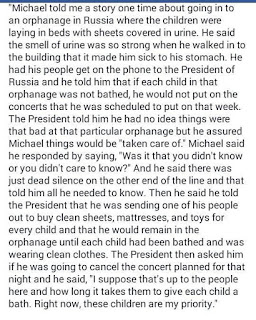 Michael visits an orphanage in Russia and is appalled by the conditions there. He refuses to put on an upcoming  concert in Russia, unless conditions are immediately improved. He stays there to ensure each and every child at that orphanage is bathed and given new mattresses, clean sheets and toys - which he personally pays for. 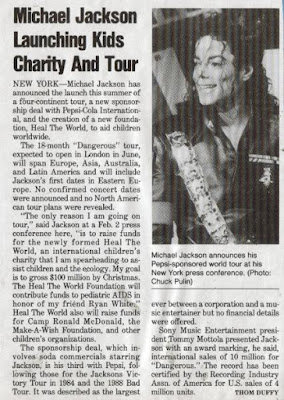 Michael launches the Heal The World Foundation to help children and people suffering, around the world. He injects millions of dollars of his own cash into the project. Proceeds from his single "Heal The World" are donated to the foundation. The foundation goes on to finance various projects including scholarships for underprivileged children and even vaccination programs in the poorest countries. 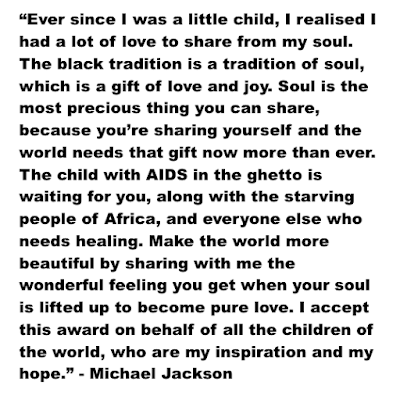 At a very young age; Michael is moved at the plight of starving and underprivileged children. As a little boy; he gave away candy to the poor children of Gary. Before the single "We Are The World", he saw footage of starving children in Africa, and sobbed as his heart broke at the images of children so weak from hunger; they couldn't even lift their heads. 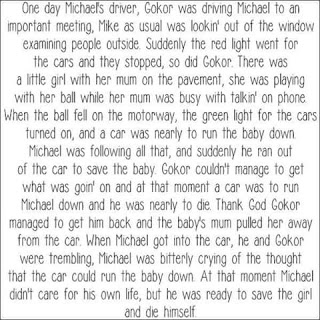 Michael risks his own life to save the life of a baby girl. He was absolutely ready to die so that the little girl could live. 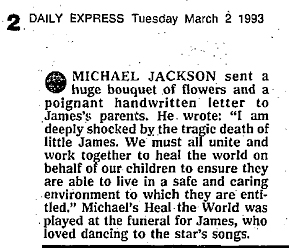 Michael sends a huge bouquet of flowers to the family of murdered toddler James Bulger. He donates a portion of the proceeds from his single "Heal The World" to the James Bulger Memorial Trust, to help young people disadvantage as a result of being victims of crime, hatred and bullying. 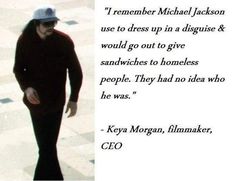 Michael would regularly go out in disguise to deliver sandwiches and aid to homeless people. Whilst in Las Vegas; he gave out money to the homeless living in the poorest parts of the city. 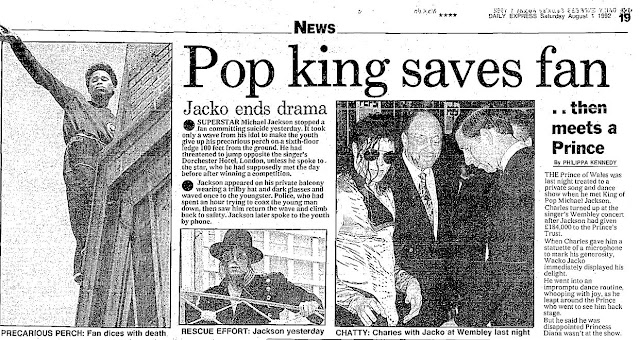 A fan threatens to throw himself off a building unless he speaks to Michael Jackson. Michael speaks to the fan and coaxes him to come down to safety.

It is a great injustice that these stories are so difficult to find. It is so very easy to find stories of scandals about Michael Jackson; but the stories about real Michael are deeply buried beneath those scandals. This is the Michael the media don't want you to know about. But this is the Michael I will take great pleasure in telling you about - because these are facts. It is also fact that Michael broke records in his humanitarian efforts; donating more than $300 million to charity in his lifetime. And yet Michael is still treated like a criminal. Indeed; the only crime is the fact that Michael's legacy isn't talked about more often.
Posted by Wardi at 12:01