In his amended claim against MJJ Productions/MJJ Ventures; Wade Robson states the following:

"As a direct and proximate result of Defendents' failure to protect Plaintiff from Michael Jackson's acts of childhood sexual abuse, rather than continue on his career path and become an international superstar, Plaintiff now only associates the entertainment industry with the psychological injury, illness and damage resulting from Defendents' despicable conduct."

"Plaintiff has been unable to work and has been forced to decline many prestigious and lucrative job offers, such as directing the opening number for the Academy Awards (Oscars), major worldwide tours for major recording artists, and various stage and concert productuibss for other superstars. In addition, Plaintiff is unable to continue writing songs or producing music, as well as being unable to continue performing and directing in any manner or capacity whatsoever."

"He has not worked since suffering this second breakdown, and is no longer able to work in his former profession in the entertainment industry at all." 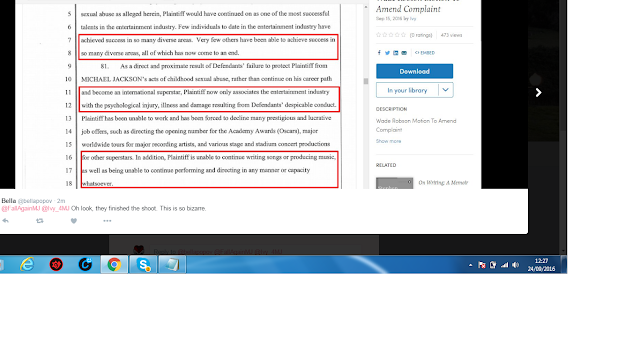 Now I find that very interesting; especially when you consider the following which was posted on 23 September 2016: 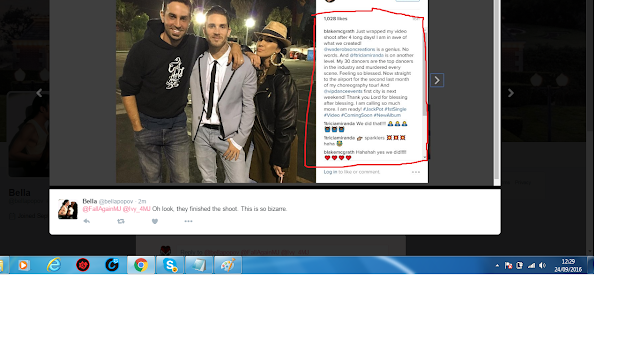 This is from Blake McGrath; who Wade Robson has recently been WORKING closely with. In his status update, McGrath states:

"Just wrapped up my video shoot after 4 long days! I am in awe of what we created! @waderobsoncreations is a genius. No words..."


And then there's this which was posted on Mr Robson's instagram on 23 June this year: 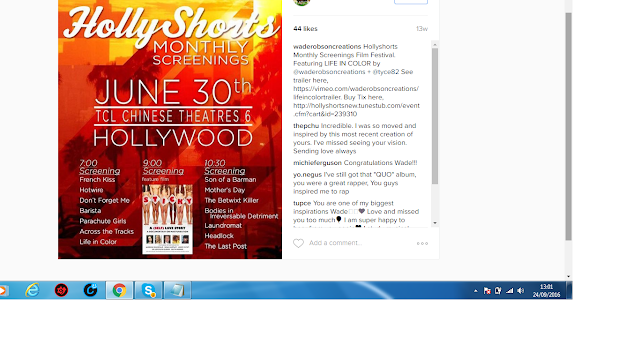 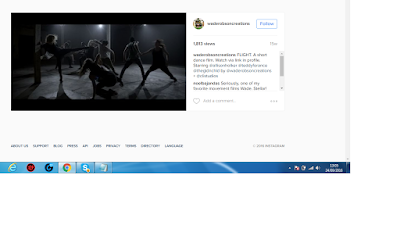 So for somebody who is "unable to work in his former profession in the entertainment industry at all"; Mr Robson is very much working in the entertaining industry, as you can see from the above.

Perhaps Mr Robson will have an explanation for this, during his cross-examination in court next year...or will he come up with another fabrication in an attempt to justify his now very obvious lies? Time will tell. Trouble is; to be a good liar you have to a) keep it simple and b) have a good memory. This is something Mr Robson is clearly lacking...
Posted by Wardi at 04:52