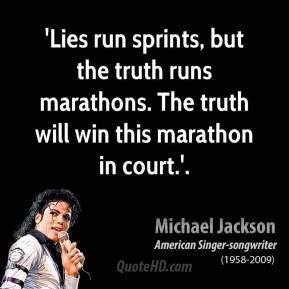 So today and as I predicted; we are greeted with the news that Jimmy Safechuck is now amending his molestation suit in a direct carbon copy of the suit from Wade Robson. He now alleges that MJJ Productions/MJJ Ventures were directly responsible in facilitating the alleged abuse by Michael Jackson. Sound familiar?

Yet again; this is more evidence of the lawyers for the case, attempting to "make something stick" in order to gain a hefty payout for the "co-conspirators."

When you look at the alleged complaint by Safechuck; you have to wonder what on earth goes on in that mind of his, to lead him to produce such vivid claims - it is indeed far more hard-core then that of Wade Robson.

Safechuck then alleges that he "outcried" his abuse to his mother, but then asked her not to tell Michael of his allegations. Yet when Michael's lawyers contacted her to ask her to testify in Michael's defence in 2005; she makes no reference to the alleged abuse.

He then goes so far as to say that Michael personally contacted him and threatened him when he refused to testify in 2005, claiming he had the best lawyers in the world and would get Safechuck "for perjury in the 1993 trial."

I see two problems with the above:

1.) Michael was not the one calling for witnesses. His lawyers were as is the norm.

2.) There was no trial in 1993. In fact is was on this day in 1994, that the DA in Los Angeles and Santa Barbara announced that they would not be filing any charges against Michael, in respect of the 1993 molestation claims.

In 1987, aged 7 years old, Safechuck meets Michael when they film the Pepsi commercial. After that, there is no communication between the two for several months. Now this is particularly relevant with regard to his amended claim; he which he alleges MJJ Productions/MJJ Ventures facilitated the abuse.

A few months AFTER the shooting of the Pepsi commercial; it is Safechuck NOT Michael, who makes the first attempt at communication, by which he writes to Michael. On 10th March 1987; Michael sends a polite reply:


8. Several months after the Pepsi commercial was shot, Decedent wrote a letter to Plaintiff on Doe 2’s stationery dated March 10, 1987. It stated:
“Dear Jimmy,
Thank you for your letter. It was nice hearing from you again! I’ve been working on a new video for my album and have been really busy.
It was fun working with you on the Pepsi commercial! Maybe we can work together again. I’d like to have you come and visit me on the set sometime or when I have some free time you can come to my house.
Keep sending me letters! I love to hear from you!
Speak with you soon, [Decedent’s signature]”
The Decedent also enclosed photographs from the Pepsi commercial that they shot together.

So it is Safechuck who initiates contact as if to remind Michael of his existence.

As Michael begins the Bad Tour in 1987, the letters from Safechuck continue until Michael takes a break from touring and invites Safechuck to dinner at Hayvenhurst in early November 1987.
November 26 1987, while Michael is in Australia, the Safechucks call Michael and invite him to their home. At the end of the first leg of the Bad Tour in early December, Michael travels back to the US and goes to visit the Safechuck family at their home in Simi Valley.
Christmas 1987 sees Safechuck visit Michael at Hayvenhurst again. During this time; Michael takes Safechuck to visit homeless people and hands out money to them.
In January 1988, the Safechuck family visit Michael again at Hayvehurst and spend time in Michael's recording studio.
February 1988, Pepsi invite both Safechuck and Michael to Hawaii where the Pepsi commercial is shown. 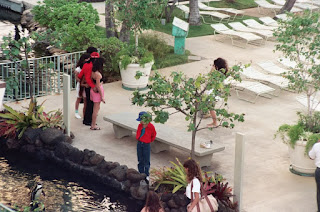 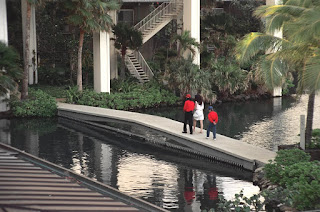 In the both pictures, we see Michael with an unknown woman - too young to be Safechuck's mother who at that time was in her 40's. The first picture shows Michael doing what appears to be a publicity or fan photograph while Safechuck remains in the background, looking into the lake. The second picture shows Safechuck some feet behind Michael and his companion as they walk along the bridge. Does this show a picture of Michael having a "special interest" in Safechuck, as Safechuck alleges? It shows to me, he was clearly more interested in his female companion...

In February 1988, Safechuck attends Michael's Bad Tour rehearsals in Florida before Michael invites the Safechuck family to see The Phantom Of The Opera in New York in March 1988. It is at this time that Safechuck expresses a wish to stay in Michael's room; yet Safechuck's mother does not allow it.

Yet Safechuck also claims that Michael visited the family home and stayed in Safechuck's room on a regular basis. So why if that is the case, would his mother suddenly refuse to allow him to "sleep over" with Michael in New York on the first occasion of Michael asking?

It is June 1988 when Safechuck alleges that Michael "began to abuse him" in a hotel room in Paris during the European leg of the Bad Tour - AFTER the incident where Safechuck's mother had refused to allow Safechuck to stay in Michael's room in New York.

Oh and here's the best part of Safechuck's claim. He states that he "decided to come forward" AFTER Wade Robson had come forward because he decided to "see a psychiatrist, believing his anxiety and panic attacks stemmed from Michael's abuse of him". Doesn't that all sound so familiar?

Remember; Wade Robson has alleged his "repressed memories" came back after a mental breakdown. That was before he changed his story to say he "always remembered the abuse" but "didn't recognise it as abuse." Unless he was deaf, dumb and blind during the 2005 trial, in which he testified under oath, that Michael never touched him, how could he not recognise his alleged experiences as abuse?

To summarise, this is what I see and this ties is well with my rebuttal on Wade Robson's amended claim. The IME carried out at the request of the MJ Estate has clearly not gone in Robson's favour - hence he drops the molestation claim and now goes for negligence against Michael's business entities. Couple that with the huge holes in his claims; he needs to make something stick in order to get his grubby hands on Michael's money. So a quick call to his buddy Jimmy Safechuck and magically; Safechuck amends his claim. Hello? Timing!

And here is something else I want to share with you. In the last few days; I have received a very credible tip-off that MJ trolls are attempting to bully Corey Feldman in an attempt to force him to testify against his late friend Michael. I will go further into this as the story develops, but let me just say that these are the same people who attempted to bully Macaulay Culkin to allege Michael abused him. This saw Mr Culkin close all of his social media accounts several years ago. Shake down part two - and this time Mr Feldman is the victim.

In short; Wade Robson needs his "co-conspirator" to beef up his case and Safechuck's very warped imagination is exactly what his case needs. Unfortunately however; like Robson's case; there are still gaping holes in Safechuck's case. I for one will be sitting back and watching how this plays out.

Both complainants have decided to use their weapon of choice - the media. Why? Because they want the same treatment Evan Chandler received in 1993. Michael's insurers settled out of court; so Robson and Safechuck are counting on Michael's Estate doing the same. There's one big difference this time however. Michael isn't here - so there is no need to protect their interest for the purpose of keeping him churning out the money. This time; they can tell Robson and Safechuck to take a running jump - which is exactly what they are doing. So now comes the media smear campaign - the Robson/Safechuck weapon of choice.

Simply put; it's a case of "pay me and I'll shut up," echoing Evan Chandler's words. Yet like Michael maintained in 1993; the truth will come out in court - and will shut up the vultures for good. Michael's Estate are doing exactly what they should have done in 1993; and responding with a simple "see you in court!" This is about to get interesting....