You have the power to fight for Michael Jackson! 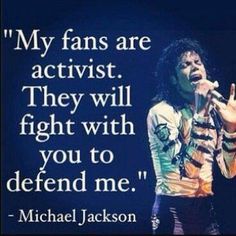 It is all to easy to get despondent in the light of such salacious and damaging tabloid articles about Michael. I encounter many fans who say they feel utterly powerless in attempting to defend Michael from such onslaughts. But the reality of the situation is that you are far more powerful than you think. There are many things you can do in order to fight against the lies and the slander, in order to preserve Michael's legacy. 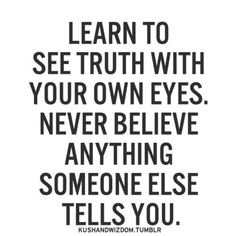 Sadly; trolls and salacious tabloid articles tend to go hand in hand. You can almost set your watch by them. The moment one paper prints such an article; the rest follow suit and the whole lie spreads throughout the media like an aggressive tumour. Along the way; the haters crawl out of the woodwork to spread their poison and add to the hate the tabloids love to spread. This then creates a domino effect for further scandalous stories as a money spinner to the greedy tabloids. Before you know it; the lie has become all consuming to the point where unless you educate yourself properly; fact is very difficult to separate from fiction.

Under normal circumstances; I would recommend ignoring the haters and 90% of the time that is absolutely true. There are those who simply will not shred their coat of ignorance in order to see the truth. They will swear that the sky is green and even if you show them pictures to demonstrate that it is clearly is blue; they will still continue to claim it is green.

That's not to say however; you shouldn't present your case.

There is a wealth of information out there to prove Michael's innocence. I have taken the liberty of even providing a link to the FBI files on my blog; which is a very good place to start. Yes; there are certain hate sites which completely discount the truth contained in the FBI files; but you cannot argue with hard evidence; no matter how you attempt to twist it. I will make this statement until my head falls off; there is NO EVIDENCE ANYWHERE to prove Michael was guilty - none. It does not exist. The FBI files show a investigations lasting for approximately 16 years - and not one scrap of evidence. So if you do encounter those who "claim" they have evidence to prove otherwise; do as I like to do - challenge them to show it.

I have taken this approach many times. And it almost always ends in two possible ways:

Of course there may well be situations when said hater comes up with "evidence" which is guaranteed to be their twisted take on things. Again; it's their dogmatic approach to cling on to their belief of Michael's guilt, and they will attempt to blind you with tabloid stories and "hearsay" in order to change your mind. Don't fall for this. If you've done your research; you should be fully able to wade through their BS and stick to the facts. And that is the most important thing, especially in the age of social media.

Present your facts in a calm and professional manner; keeping emotions out of it. NEVER allow yourself to stoop to their level of name calling. Once it goes into that territory; it's time to ignore and forget about them, rather than lose credibility.

Tabloids are very clever at encouraging clicks on their links and there are several British tabloids who will attempt to pander to the loyalty of the fans, in order to gain clicks. The Daily Mail is one - they recently used a positive Michael Jackson story as click-bait for scandalous article. They'll present footage of Michael Jackson dancing, or footage to an interview and insert a cleverly disguised link. Click on that link and BOOM! You're at the scandalous article. Watch out for this - it is becoming more and more popular. Alert people to such "click bait" behaviour by posting a screenshot but NOT the link. 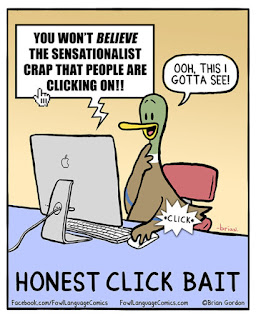 The ONLY reason why tabloids post these articles is for clicks. And why do they want clicks? Because clicks = $$$! And the more clicks they get, the more money they get, the more articles they can print. EVERY single tabloid site has a coded widget to count clicks and convert into revenue. You can't see the widget because it's hidden in html code - but it's there; ready to record every single click which enters their site. The answer is to starve them of clicks.

When I alert other fans to new articles; I always take screen shots so they can be informed. But at the same time; I'll warn them not to click. Our money is not to be used to finance more lies about Michael.

Of course right now, we cannot stop such articles from being in circulation. But we can work hard towards putting a stop to them. In their recent article; Radar Online defamed Michael in the worst possible way. Calls were made to the MJ Estate to do something about it. And quite rightly; the Estate replied that their hands are tied - they cannot sue for defamation because it doesn't extend to the deceased.

The mistake Radar Online DID make however; was including Michael's nephews 3T in such an article - leading to the boys now filing a lawsuit against the tabloid. The situation is simple - the living can take action - the dead can't.

But if the AdLLaw Initiative is passed as law; things will change. It will mean Michael's family and his executors CAN take legal action against the tabloids - and anybody else who chooses to slander Michael, for that matter. This in turn will not only cost said tabloids a very pretty penny (let's be honest - they've made millions off Michael over the years!) but it will send out the message that such behaviour will not be tolerated.

Radar Online are already feeling the bitter sting from the 3T lawsuit against them - in their attempt to bury said article. Unluckily for them; I still have the screenshots. But imagine the sting they'd feel if there were SEVERAL lawsuits against them; for defaming Michael. It is quite possible; with their campaign of hate against Michael; they could see themselves suffering the same fate as the now defunct News Of The World. 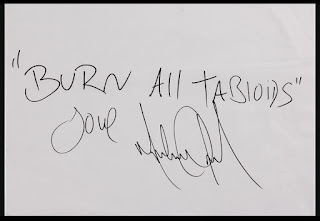 Remember what Michael said? "Burn all tabloids" - or change the law so folks can sue the hell out of them, pushing them into bankruptcy. Hit them where it hurts the most - their pockets.

Then what are you waiting for? Visit the petition via the link and add your signature! 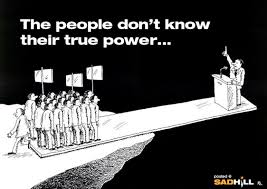 Finally and most importantly - stay focused and united. There are some who will attempt to detract away from the task in hand. I have personally seen this first hand over the last few months. No one has managed to achieve their goal of leading me a merry dance. They shouldn't do it with you either. Keep your eyes on the goal and remain determined. Michael's fans are arguably the most passionate, loyal and determined fans on the planet. That's why we were able to sustain him so many times in his life. Let's sustain him again with people power. One man can't win a war. But arm that man with soldiers who share his sense of determination and conviction; and he can change the world!
Posted by Wardi at 08:48